Thanksgiving for our bee sponsors

Thanksgiving for our bee sponsors.

In spring 2021, we had given away a one-year bee sponsorship as a surprise for all colleagues. Now there was again a small attention of our bee colonies. Different kinds of honey, from summer blossom & rape to robinia & lime, could be received by each employee.

The care & harvest of our bee colonies took over here the beekeeping Hirrle from the Uckermark. 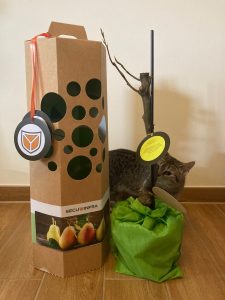 In the northeast of Brandenburg, only 50 km from Berlin, lies the UNESCO Biosphere Reserve Schorfheide-Chorin, founded in 1990. As one of the largest nature reserves in Germany, it provides a habitat for an abundance of plant and animal species. The flora found here also forms the basis for the extraction of the highest quality honeys.

During the honey harvest, the bees are carefully removed from the combs.

The extraction of mature honeys is ensured by not removing the combs from the bee colonies until at least two-thirds of the honeycombs are capped.

After removing the wooden frames, the wax covers are removed from the combs with a special fork. Subsequently, the thin honey is spun out by means of a honey extractor while it is still warm (so-called cold extracting).

In addition to the sponsorship in the spring, we had also included seeds for a flower meadow for all hobby gardeners. What became of it? Convince yourselves… 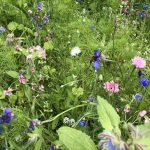 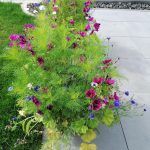 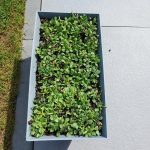 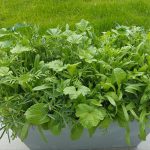 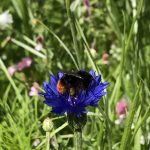 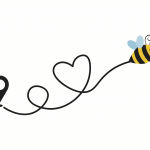 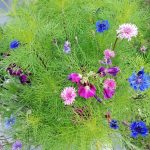